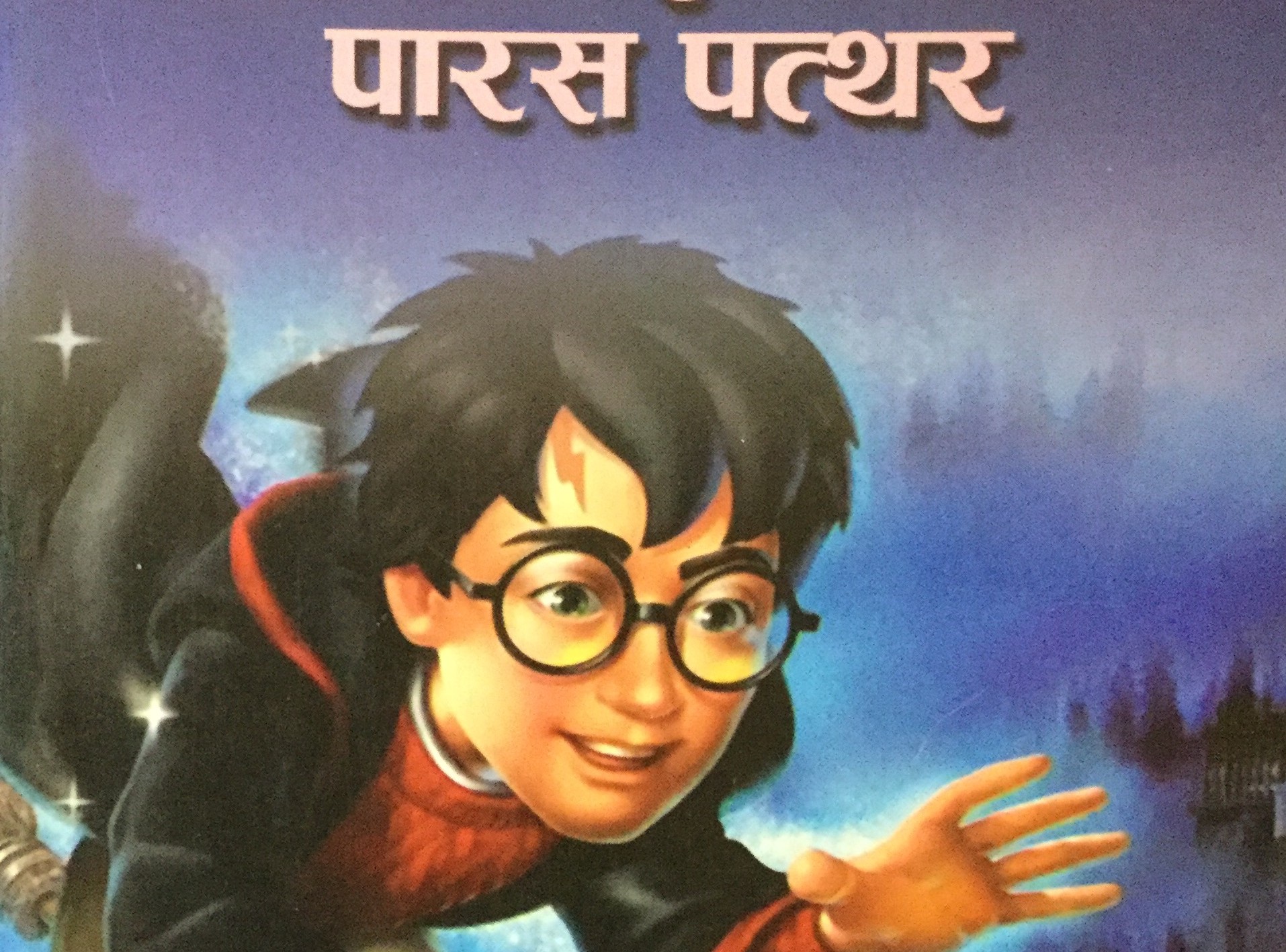 Harry Potter and the Nepali Pirate

Over on Instagram a few weeks ago, @alltheprettybooks posted a photo of a Nepali translation of Chamber of Secrets. Trouble was… it wasn’t! The inside English copyright page says it’s Chamber of Secrets, but immediately people noticed something funny was going with the title. The first two words are “Harry Potter” in Nepali, no question there, but the last two words are “Philosopher’s Stone” in the title of the Hindi translation. Compare:

So many questions!! Doesn’t look like the Chamber of Secrets and it looks like some sort of Hindi/Nepali hybrid?

To the first question, @alltheprettybooks sent me a photo of the first page of the first chapter and it was pretty clear that the book was the Philosopher’s Stone. The title pretty clearly translated to the “The boy who lived”. So for some reason the English copyright page was just wrong. It was also pretty clear that the books was an unauthorized translation. We know that there is only one authorized Nepali translation published by Sunbird and this was definitely not it. Plus the cover art came from one of the early video games! This did put it well within my own collecting interests so, I managed to get a copy of the book as well.

With regards to the title; it’s not some weird language hybrid. The translator choose a different way to translate “Philosopher’s Stone”. Hindi and Nepali (and the other Indic languages) all share a common ancestor (Sanskrit) and it’s merely that the words in Hindi and Nepali and are the same. Notice that the titles aren’t even that different once you can see the transliterations: “paras” is common to all of them and in Gujarati, હૅરી પૉટર અને પારસમણિ, “Philosopher’s Stone” is paarasamanni. There are a few similar examples of different translators having slightly different titles, such as is Turkish or Russian.

Having the book myself I was able to glean a few more little tidbits, like the Nepali title page (which has the correct title) has a bogus ISBN number: 9859095922. It’s completely invalid; it doesn’t even mimic a plausible region identifier. So very clearly the book is an unauthorized translation. However, where things get a little more interesting is the translator:

(WorldCat has a listing for a translation of Prisoner of Azkaban attributed to the same author!) Unfortunately, I don’t have a copy of the authorized Nepali to compare, but on Wikipedia, two translators are listed:

which is supported by this quote (source):

The first Nepali translation of the first Potter book took almost a year. Sunbird gave interested people a sample chapter to translate and then bounced it off on teenagers to decide which version was the most popular. Finally, young Nepali student Shlesha Thapaliya and the more veteran Bijaya Adhikari came up with the first Nepali edition – “Harry Potter r Parasmani”.

Sunbird itself is a pretty interesting organization. Here is another good article about them; long-story-short it is a publishing company started by four women in Nepal who recognized a need for more children’s books in the language.

Authorized or no, it’s a book I’m glad to have in my collection.