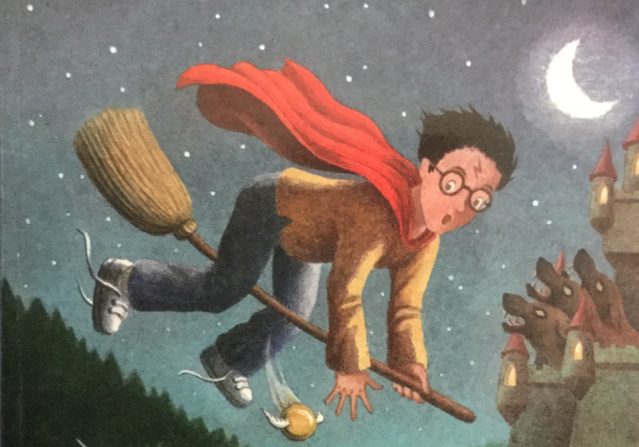 I wrote an article on Reddit about a month ago about the regional adaptations of the Spanish translation of the Philosopher’s Stone, ‘Harry Potter y la piedra filosofal’ that turned out to be poorly informed. After a few questions popped up, I started looking closer at the Spanish editions there was a lot more variation than I had expected and not of the type that I expected. So how many Spanish regional adaptations are there?

I have now catalogue 33 separate editions of the Spanish translation (8 of which are library editions that I’m not considering for the time being) and thanks to other collectors have gotten a peak inside 8 of them—when I have drawn some concrete conclusions I will publish as much detail as I can. In the meantime, here is a preview:

The history of the publisher complicates things significantly. An Argentinian company, Emecé, was the first rights-holder for the Spanish translation and the published the book under the imprint of both Emecé and Salamandra, a subsidiary of Emecé in Spain. In 2000~2001, Emecé was aquired by a large conglomerate, Grupo Planeta, but the subsidiary, Salamandra, was not and instead became an independent publishing house. Salamandra retained the rights to Harry Potter y la piedra filosofal and has continued to publish it from that point on.

There is more variation than one would expect for just two regional adaptations; there must be either additional regions and/or significant revisions to the text. I focused on three fairly informative passages that are easy to find in the books:

Even though there are 4 variants each, they don’t vary together from edition to edition. Of the 8 editions I’ve seen samples of 6 I have all three data points for and 5 of those have a unique combination of the above variations.

What I think I know:

I believe that there was only one edition published in Argentina by Emecé: the first one in 1999. This is based on the ISBN number: 978-950-04-1957-4 which is the only one with an Argentinian region identifier (950); all the other ISBN number indicate Spain (84). This can be confusing, because it doesn’t mean that a book with an 84 identifier can’t be printed in South America (or anywhere in the world), nor does it mean that it must have a Salamandra imprint rather than Emecé. It’s purely an indicator of which company was the underlying publisher Emecé or its subsidiary Salamandra, regardless of what the imprint was (could have been either) or where it was printed (irrelevant). The reverse is true; it is possible that 978-950-04-1957-4 was also available (perhaps printed) in Spain under a Salamandra imprint (although I have not seen evidence that was the case).

I think it is likely that after the first edition, publishing of Harry Potter was shifted to Salamandra who produced imprints under Emecé in South America and in Europe under Salamandra. Consequently, in 2000 (maybe 1999 even?) and perhaps 2001 Harry Potter y la piedra filosofal was available under both Emecé and Salamandra; perhaps even the same edition/ISBN.

However, from 2002 onwards (perhaps 2001?) it is clearly only available under Salamandra (again, ignoring library editions).

At some point, I suspect when Salamandra started publishing the books, three regional adaptations were produced. I believe it is certainly the case today and the most conclusive evidence of this comes from the new illustrated book. It has been published in Spanish in three editions with sequential ISBNs: 978-84-9838-707-0, 978-84-9838-708-7, and 978-84-9838-709-4. These appear to be available (generally) in different parts of the world.

Additionally, on the back cover of one of my editions, printed in small letters above the barcode is: Edición Cono Sur, ‘Southern Cone Edition’. ‘Southern Cone’ is a geographical reference to the bottom of South America and is generally understood to define Argentina, Peru and Chile.

Since there is not that much variation in the Spanish spoken in Europe, but it is quite different than that spoken in the Americas, I think it’s likely ‘Europe’ is another region and that the last is ‘everything else’, which, for the time-being at least, I am going to dub ‘Latin America’.

I have ordered a few more editions to confirm this theory which will hopefully also help me sort out which of the variations are adaptations and which are revisions of adaptations to help people sort out what editions they actually have. I will publish all of that information then.